Thank you Gibbes Museum for sharing this with us. It’s always good to know that funds are being used in the manner in which they were intended. Keep up the great work in arts education! We need you. 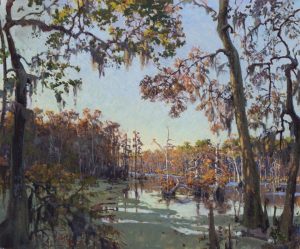 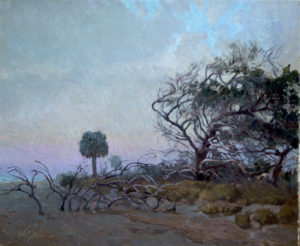 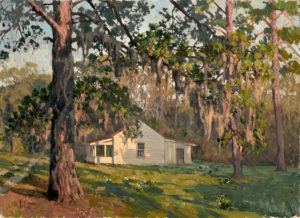 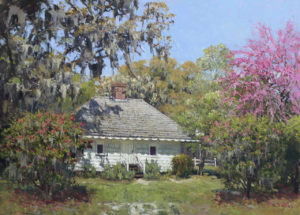 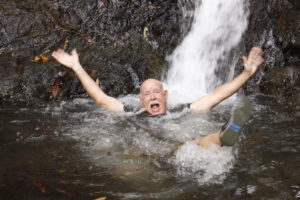 West enjoying himself in Costa Rica 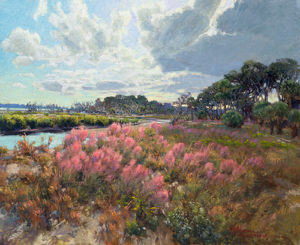 “Sunlight” as seen on the cover of Painting the Southern Coast

In July of 2016 ‘Painting the Southern Coast: The Art of West Fraser’ was published by The University of South Carolina Press. By October, the first printing had sold out. Extraordinary. 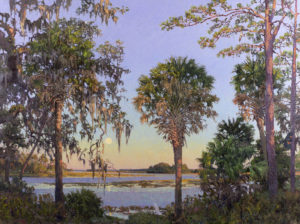 In September of 2016 the Montage Hotel at Palmetto Bluff opened; the hotel houses one of the largest single collections of West Fraser paintings around. When you walk into the lobby of the hotel and look over to the reception desk, you can see the largest painting West has ever completed. ‘Soaring Wings’ was commissioned to be the centerpiece of the collection and is an absolutely stunning piece of work. This too is extraordinary.

This week, January 28, 2017, the Gibbes opens ‘Painting the Southern Coast,’ a collection of paintings reflecting the book as well as many paintings that represent Mr. Fraser’s mature painting style. This will be West’s third one-man show at the Gibbes, his first was in 1986 (when it was still the Gibbes Gallery of Art), and he was the youngest artist to have a one-man show.

He now has another first, this will be the first show of a single living artist since the museum re-opened in May of last year. And as director Angela Mack said, it better be good. We at West Fraser Studio and Helena Fox Fine Art think it’s better than good, we think it’s extraordinary.

If you are a member of the museum, please join us on Friday evening at 7pm for a preview of the show.

Please stay tuned to our website, Facebook page (West Fraser Studio), Instagram (@westfraserstudio) and email (info@westfraserstudio.com) for information about West’s guided tours of the exhibit happening throughout the run of the show.

Thank you to Adam Parker and The Post and Courier for a well written article about both West Fraser’s and Jacob Lawrence’s exhibit at The Gibbes Museum.