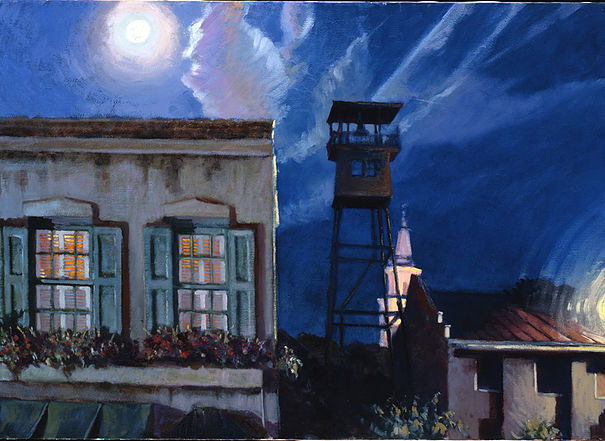 Moonrise on the Water Tower Oil 1997
This is an old water tower that was used for fire brigades, it still exists, but is not functioning.

As a student of Art History I find that I often look at what was going on culturally and historically during the time a particular piece of art was created. For instance Picasso’s ‘Guernica,’ it would be hard not to think about the events it represents. Often artists are commissioned to create an allegorical piece that represents a certain event, think John Trumbull’s ‘Declaration of Independence.’ And then there are the many, many portraits which capture not only the individual, but puts them into some context by their dress, the backdrop, and the setting such as Gilbert Stuart’s ‘Landsdowne portrait of George Washington.’ These types of work depict history, but they aren’t the only type of artistic history. 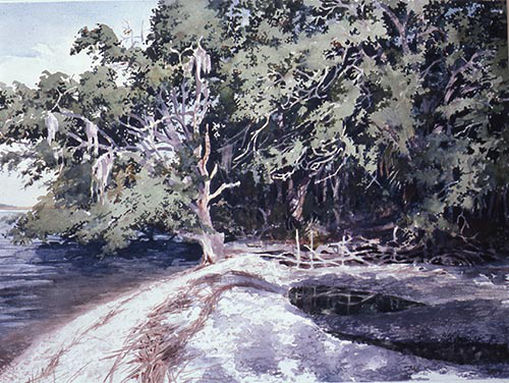 Often a painter will create a painting of a place to capture and save the setting for generations to come. The Hudson River Valley School had many artist who choose to paint images of far away places in order to capture them for the people who could not go and visit those places themselves. In the painting ‘Heart of the Andes’ by Frederic Church, the artist was able to show thousands of people the beauty of the southern hemisphere as well as preserve it for posterity. He may not have set out to create history, but it was the end result. Other artist, such as John Constable, were content to paint their native environment. Through his work we have a fairly good idea of what Suffolk and Essex countines looked like during his lifetime–a history of the area in art. 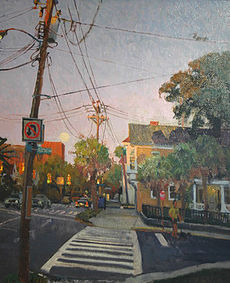 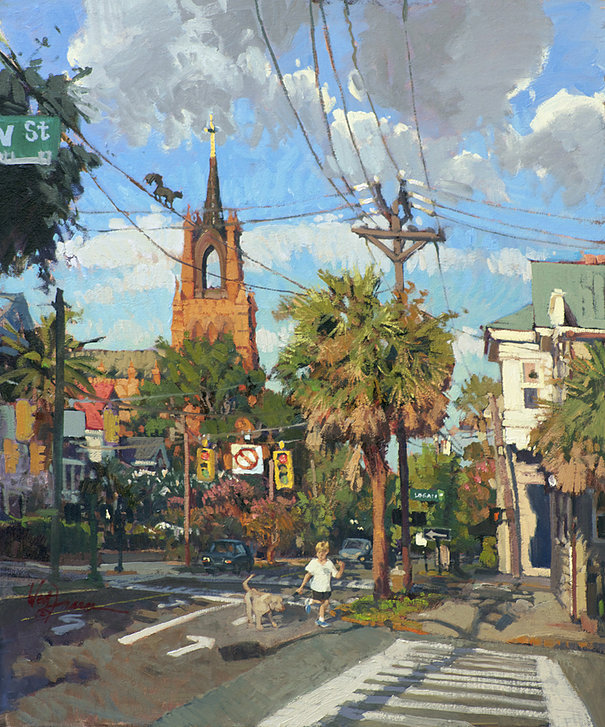 Last Day of Summer Oil 2012
Both of these paintings are of the same street corner seven years apart–one with and one without the steeple on the Cathedral of St. John

West Fraser embodies the ideals of many of these artist in that he paints reality. His paintings record not only the physical beauty but a sense of what you would see had you walked into his field of vision that day. His paintings often serve as a reminder of what was, we see churches without their steeples, communities in flux and the change in our coastlines. Art that provides history. 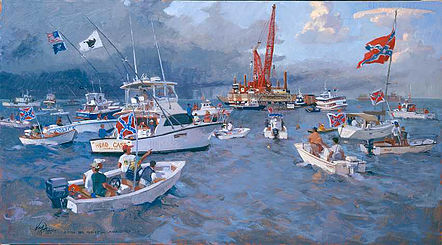 Raising the Hunley Oil 2000
This painting depicts boaters watching the raising of the Civil War submarine the H.L. Hunley from the Charleston Harbor