“I consider myself a landscape painter, a painter of landscape who also liked to hunt and fish.” Ogden Piessner

I have just completed two new sporting paintings of my fishing expeditions, one from the Limay River in Argentina and another off the coast of Costa Rica. These works titled, Fishing the Limay and Pacific Sport, represent a new series of sporting and travel paintings that I plan to expand upon. 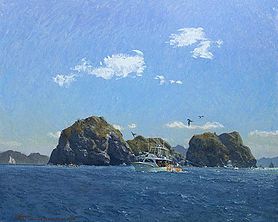 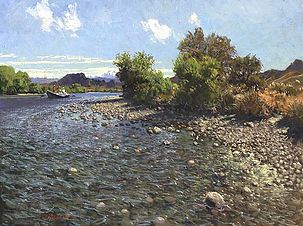 In the past, I have mostly made quail hunting paintings. 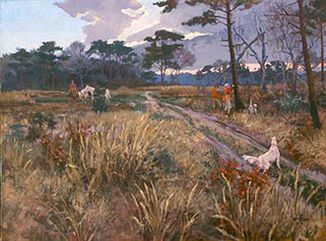 Growing up on Hilton Head Island before it was developed I had land and room to hunt, fish, play in the woods and ride horses. I was inspired by my time in nature and it cultivated a love of the outdoors. 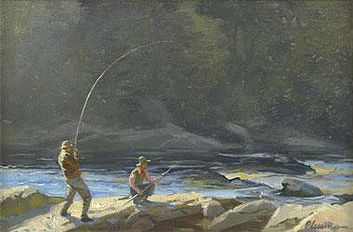 I share this passion for sporting and the outdoors with other artists. Ogden Pleissner, a 19th century artist who found his calling traveling Europe and the United States painting cities, landscapes and sporting subjects. Pleissner had an infectious love of nature and various sporting activities that remained a constant theme in his works. He became known for his sporting art and other genres that embodied all things Americana.

Similarly, Winslow Homer, an iconic American artist was another great outdoorsmen and recognized for his realistic depictions of American life and pastimes.

Best known for his marine subjects, Homer was also praised for his hunting and fishing works, from the Adirondacks to St. John’s River in Florida. These works not only captured American life and play, but also characterized man’s relationship with nature. 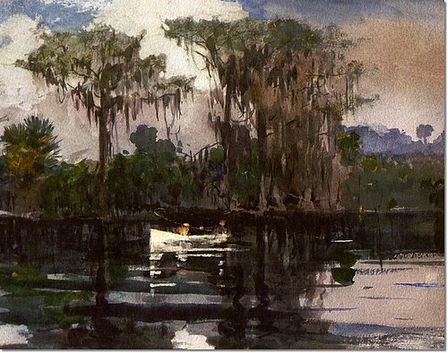 Like these great American artists, I too, seek to enjoy sporting adventures.
In the painting Fishing The Limay  the viewer is watching a float boat past with fly-fishermen. The Limay is one the most mysterious rivers in all of Patagonia. It is the largest drainage basin in the region and flows for 236 miles from it’s origin in Nahuel Huapi Lake until it joins with the Neuquen River to form Rio Negro. The Limay is interrupted in this 236-mile journey by five reservoirs. The river offers one of the most remarkable fisheries in the world. It is known for fly-fishing because it provides an important habitat for a large and healthy fish population. 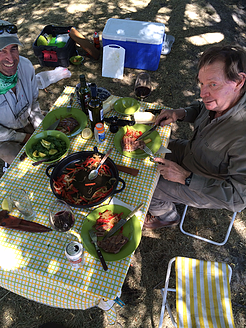 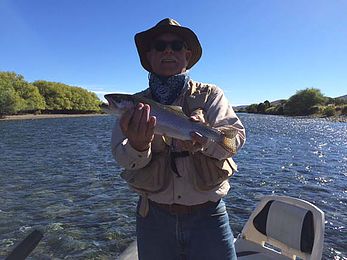 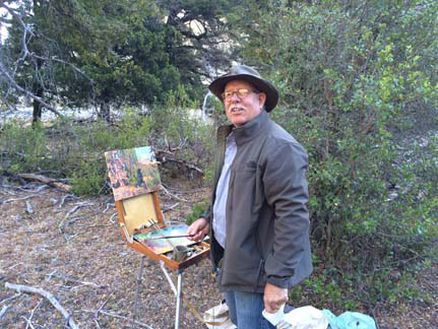 The painting Pacific Sport was inspired by a fishing trip with my son Robert and friends in Flamingo, Guanacaste. We caught six large Dolfin fish (dorado or mahi mahi) just off the Catalina Island archipeligo, off the coast from Flamingo. 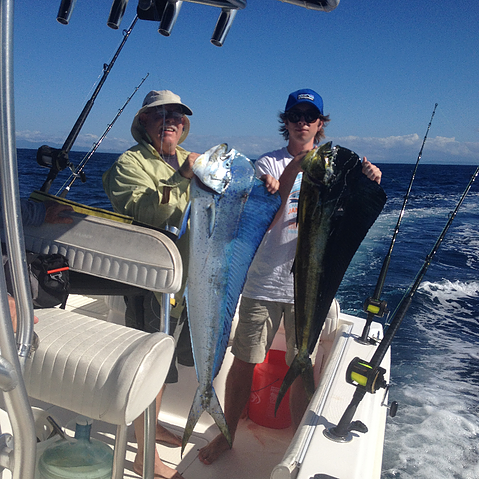